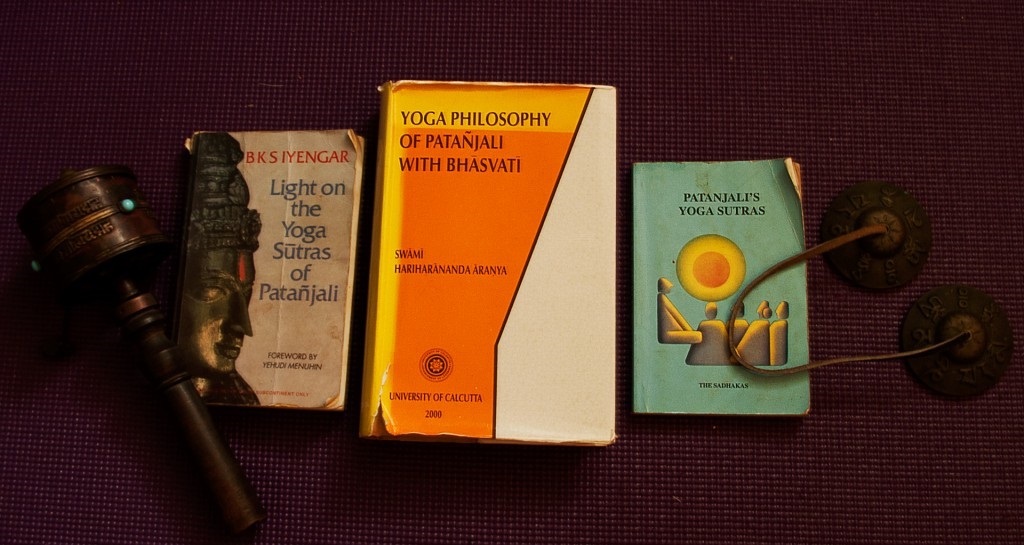 According to Patanjali, there are eight steps that a practitioner must take to acquire discipline and reach, in life or in death, the Great Truth and the union with the Whole. They also serve as a guideline on how to live a meaningful and purposeful life. This is explained in the Yoga Sütras of Patañjali in the second chapter, Sadhana Pada, and early in the third chapter, Vibhuti Pada...

The Yamas and Niyamas are the first two steps. They are considered essential prerequisites for the real and profound progress on the spiritual path of yoga. They constitute the ethical guidance of yoga; they are ethical precepts for anyone who seriously wants to practice yoga. Every practitioner should follow the five yamas. The five niyamas are optional, depending on the enthusiasm and aspirations of the practitioner. They are not like the ten commandments of the Christian religion which leave you in sin if not followed. You can practice yoga techniques and lie, but if you really want to grow in yoga, there are guiding principles that must be followed, such as non-violence, not stealing, telling the truth, having sexual control, and having non-attachment to material things, ideas, or thoughts.

Social constraints that all practitioners should follow that allow us to live in harmony in society and with ourselves.

Postures that strengthen the body, invigorate the mind, balance emotions, and eliminate diseases and disturbances.
Go to Asanas.

Control of vital energy through breathing.

Retraction of the senses. Abstraction.Withdrawal of the mind.

Pratyahara is the deliberate effort to draw our awareness away from the external world and outside stimuli. The senses cease to have contact with objects, so we cease to feel, hear, smell, taste and see, directing our attention internally.

Much of our emotional imbalance is of our own creation. When we are influenced by outside events and sensations, the inner peace and tranquility that we are seeking evades us. The practice of pratyahara provides us with an opportunity to step back and take a look at ourselves, objectively observing actions, cravings, habits, and attitudes that are detrimental to our health and inner growth.

The turtle is an animal that represents Pratyahara. Visualize the turtle withdrawing its head, tail and all four limbs inside its shell, the same way as you withdrawing your senses and focusing your attention inside.  This is Pratyahara.

The practice of pratyahara creates the setting for dharana, or concentration. Having relieved ourselves of external distractions, we are ready to deal with the distractions of the mind itself.

Concentration.
“Fixing the mind on one object is called concentration (dharana)”, writes Patañjali in III.1. Concentration is one-pointedness of mind and the ability to hold that awareness of the mind in one point without fluctuation. This object, point, or impression can be inside or outside our body. There is only awareness of that impression. It’s an intense high. For example, if I focus my mind on my breath, my mind is captivated by that breath and nothing else exists at that moment.

A converging mind is a powerful mind and a diverging mind is a weak mind. Let’s draw an analogy between a light bulb and the mind. The rays of the light bulb go in all directions, the energy spreading. When you are standing ten feet away from the bulb, you can see the light, but you can’t feel the heat, even though there is great heat in the center of the bulb, at the filament. In the same way, the mind has great potential powers, but it dissipates in all directions with uncontrolled thoughts, not making use of all its power. Look now how a laser works. All the rays of the light go in one direction and in unison with each other.  The original source of light can be the same than the one from the light bulb, but if you stand ten feet away from a laser beam source, the beam could burn a hole through your body. That is the difference between diverging light and converging light. Similarly, a converging mind has great powers.

Till Pratyahara, the individual consciousness is not present. In Dharana there is inner awakening. Perfecting concentration leads to the next step, meditation.

After concentrating for a while on one point, the point itself disappears and the practitioner achieves greater abstraction, a total disconnection from the senses and thoughts. Thus, meditation or contemplation is the uninterrupted flow of concentration.  Where dharana practices one-pointed attention, dhyana is a state of intense awareness without focus. At this stage, the mind has been quieted, and in the stillness, it produces few or no thoughts at all.

Swami Hariharananda Aranya comments: “In Dharana or fixity, the flow of similar modifications on the same object is confined to the desired place. But the thought-process on the same object is intermittent and in succession. When through practice that becomes continuous,  i.e. appears as an unbroken flow, then it is called Dhyana…It is a particular state of calmness of the mind…If flow of knowledge in Dharana may be compared to succession of similar drops of water, in Dhyana the flow of knowledge is continuous like flow of oil or honey. That is the implication of the word ‘continuous’. When knowledge is continuous it appears as though a single idea is present in the mind”.

In Dhyana, the mind observes its own behavior. Meditation should be stable, long-lasting and under our control. It can be done in different poses designed for meditation, but it can also be attained while in an asana.

In III.3, Patañjali explains that “when the object of meditation engulfs the meditator, appearing as the subject, self-awareness is lost. This is Samadhi.”

In Samadhi, perception of the processes of the mind disappears and there is a total absorption, where the “I” vanishes. Everything is revealed in Samadhi. This is the highest state where the meditator merges with his or her point of focus and transcends the Self altogether. The meditator comes to realize a profound connection to the Divine, an interconnectedness with all living things. With this realization comes the experience of peace, of bliss, and of being at one with the Universe. There is no duality of observer and observed, no separation, no time or space; it is one and all at once.

If Samadhi is analyzed while one is experiencing it, one loses it. Samadhi is an indescribable experience that cannot be explained intellectually. A musician who is lost in his music, devoid of ego, gazes Samadhi. A practitioner who is lost in meditation, devoid of herself, experiences Samadhi, the goal of every yogi and yogini. In fact, almost everyone aspires this peace and total contentment.