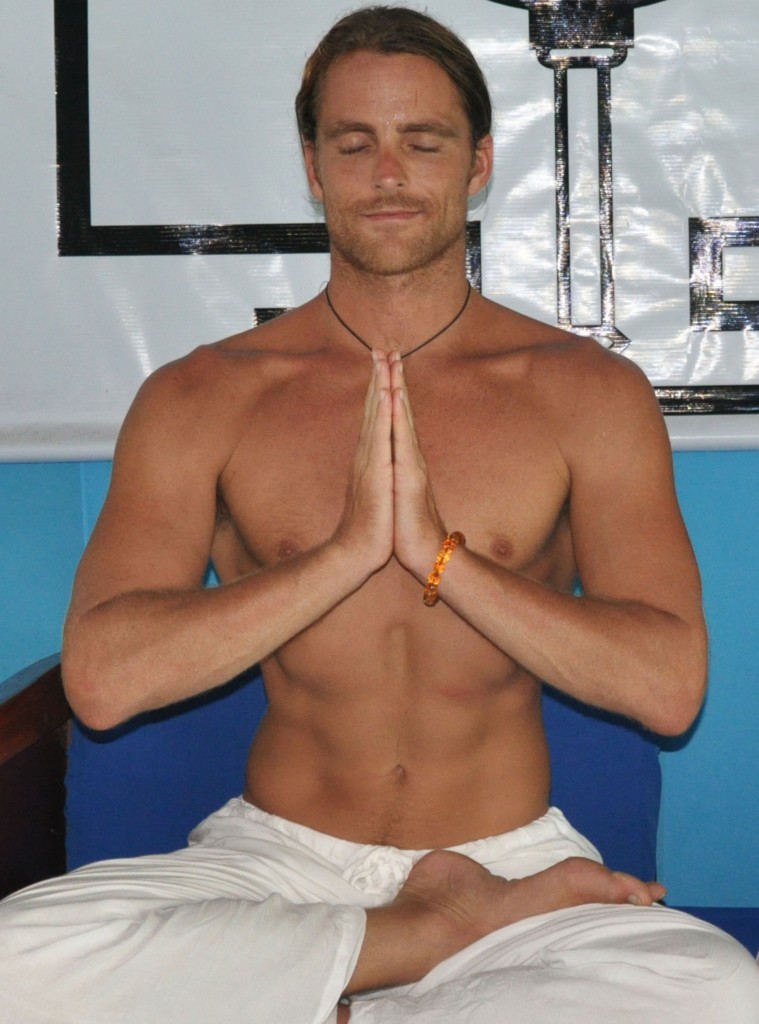 The word raja means king in Sanskrit, so Raja yoga is the royal path. The royal path classically observes the system of yoga described in the Yoga Sütras of Patañjali. Here, Patañjali explains that there are eight stages of yoga; asanas is the third step and Samadhi, liberation, is the last. Don’t confuse ashtanga yoga, a kind of yoga practiced today, with the eight steps of Patañjali for self-realization. Ashtanga literally means eight limbs (ashta means eight and anga means limb).

The eight paths are:

For more details of the 8 steps and the 10 yamas and niyamas, please go to The Eight Paths of Patañjali.

Raya yoga emphasizes the relationship of the microcosm (us) with the macrocosm (the whole). It also emphasizes meditation, controlling the power of the mind, and the development of the third eye (Ajña chakra).

There are other traditional systems of yoga and almost all have Raja yoga at its root. Here, I will briefly introduce Tantra, Kundalini, Laya, Mantra, Yantra, Nada, Svara, Kriya and Hatha yoga, probably the one that most people know, especially in the West.