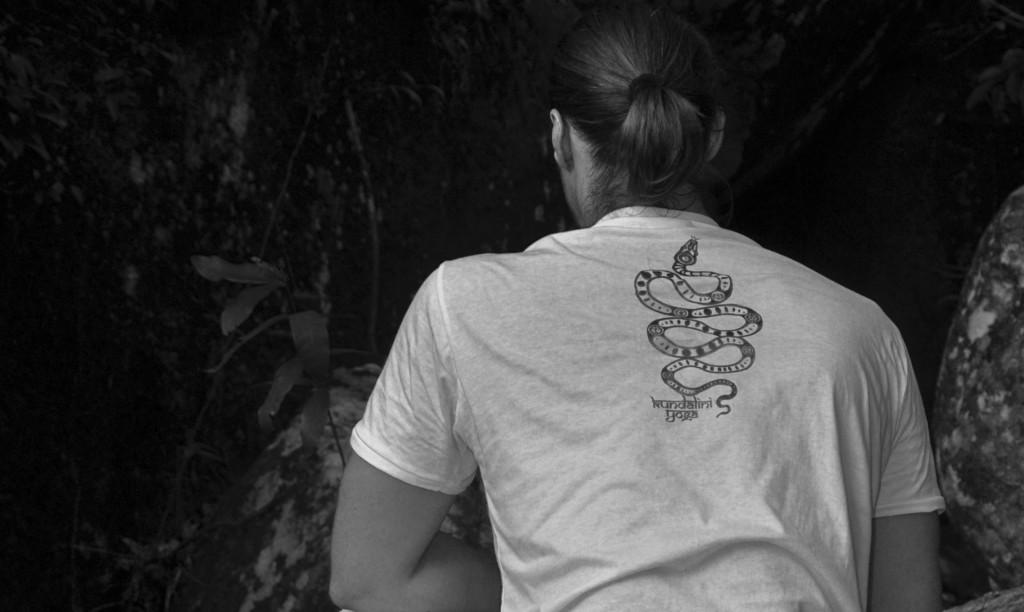 Kundalini is the potential power, the universal power in the human body, which is laying dormant in Muladhara, the root chakra. It is conceptualized as a coiled serpent, asleep, lying at the base of the spine. The purpose of practicing Kundalini yoga is to awaken this cosmic energy, so it can ascend through sushumna, located along the axis of the spine, to Sahasrara, the chakra at the top of our head that connects us with the Wholeness. This way, Kundalini (Shakti) becomes one with the pure consciousness (Shiva). This union is the goal of Kundalini yoga; a fusion with the Whole, to experience the infinite in the finite, leaving this apparent dualism, returning to the Oneness, where the yogi or yogini attains liberation.

To awaken Kundalini and keep her awake and vibrant, Kundalini practitioners work with different techniques of yoga, many taken from Tantra and Hatha yoga. Using principles like sublimation, practitioners awaken Kundalini, lying dormant in the root chakra, Muladhara, and guide her to Sahasrara, the crown chakra. The problem is that the path is blocked, making Kundalini return or remain stagnant in some other place, creating more blockages. Therefore, Kundalini practitioners work with Hatha and Tantra yoga, gaining physical, emotional, and mental strength and balance.

The word kundalini comes from the Sanskrit word kundal, meaning “spiral” and kunda, meaning “a deeper pit” or “cavity”. These two translations give a better meaning to kundalini, the coiled power, sleeping in the cavity at the base of the spine.

As in Tantra yoga, lineage and teacher-student initiation are very significant.