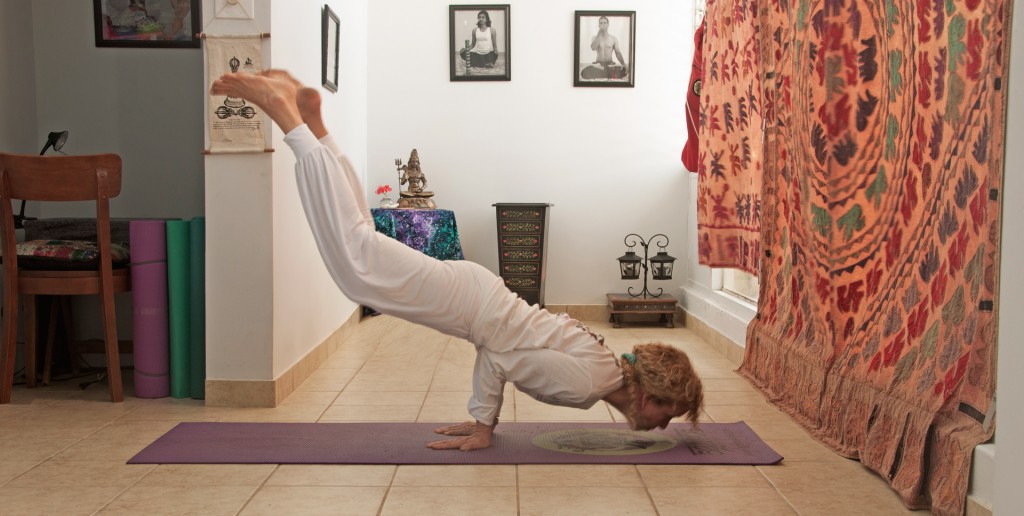 Asana is a posture that is held for some time, such as Paschimottanasana or Dandasana. The asanas are practiced in several branches of yoga, including hatha and tantra yoga. But the asanas are not part of a few branches of yoga, such as jnana and karma yoga. However, almost all yogis and yoginis practice asanas, even if only the meditative asanas. Asanas are an integral part of my practice, but not just as an exercise. I love the challenge of holding asanas for a long time; the way asanas strengthen my mind and body, how I become more flexible and more balanced, physically, mentally and emotionally.

According to the Yoga Sütras of Patañjali, asanas are the third step that a serious yogi must take to reach the eighth and final step, samadhi, the cosmic fusion. The eight steps are explained in the section of Patañjali’s Eight Limbs of Yoga.
In the Yoga Sütra, II.46, Patañjali defining an asana affirms:

“A posture should be steady and comfortable.”

The goal is to stay relaxed in the asana, maintaining continuous mindfulness, focusing one’s awareness on the present moment, while calmly acknowledging and accepting one’s feelings, thoughts, and bodily sensations. By practicing asanas, the practitioner prepares himself or herself to remain in meditative positions for longer times without feeling discomfort and aches that take away from the concentration. Asanas develop will power. Strength, discipline and concentration are required to hold asanas for a long time.

It is believed that you are as young as your spine. Practicing asanas with a competent teacher helps you strengthen your spine.

This section will be adding a biweekly Asana equal to the Paschimottanasana. Let me know if you are interested in one in particular.
.