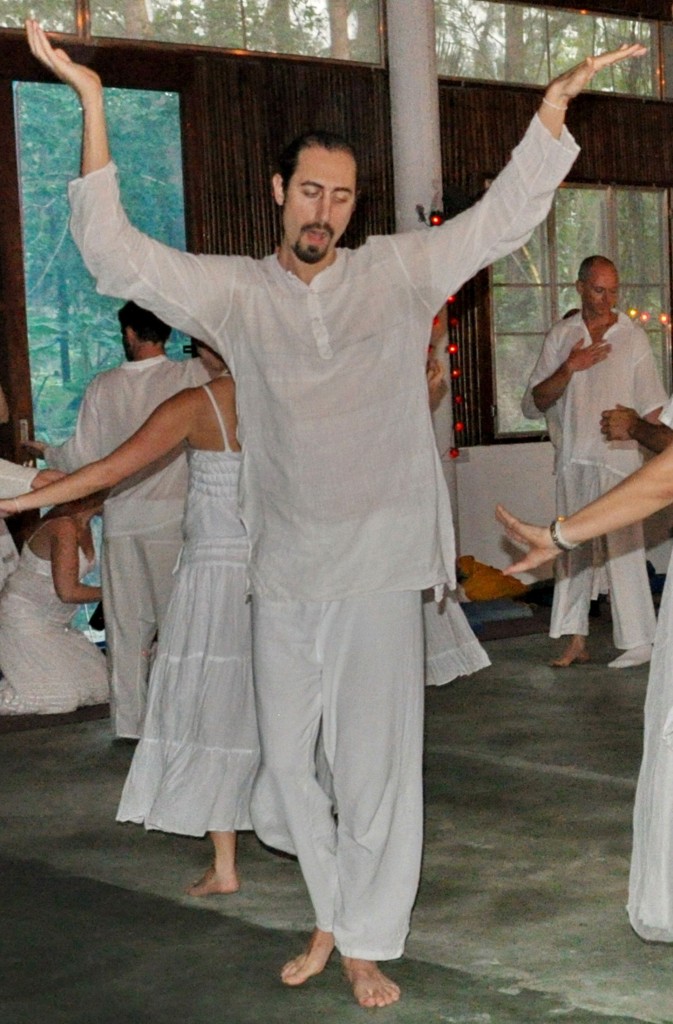 The word bhakti means devotion. Bhakti yoga seeks self-realization and liberation through devotion to God. It is a spiritual and mystical practice where the practitioner wants to reach a state of pure love in God, where the deity (the beloved) and the worshiper (the lover) become one. It is an experience like that of John of the Cross.

Bhakti yoga is characterized by practices such as prayer, songs, and rituals.

Bhakti yoga is considered the most direct method of merging into the cosmic consciousness. It is especially suitable for those who are pious and emotional by nature, whose feelings of love and devotion are highly developed.

Bhakti yoga reminds me of John of the Cross, a Spanish mystic of the sixteenth century, and his poem The Dark Night.

Song of the soul that delights in reaching the supreme state of perfection, that is, the union with God by the path of spiritual negation.

One dark night,
Fired with love’s urgent longings
Ah, the sheer grace!
I went out unseen,
My house being now all stilled.

In darkness, and secure,
By the secret ladder, disguised,
Ah, the sheer grace!
In darkness and concealment,
My house being now all stilled.

On that glad night,
In secret, for no one saw me,
Nor did I look at anything,
With no other light or guide
Than the one that burned in my heart.

This guided me
More surely than the light of noon
To where he was awaiting me
Him I knew so well…
There in a place where no one appeared.

O guiding night!
O night more lovely than the dawn!
O night that has united
The Lover with his beloved,
Transforming the beloved in her Lover.

Upon my flowering breast
Which I kept wholly for him alone,
There he lay sleeping,
And I caressing him
There in a breeze from the fanning cedars.

When the breeze blew from the turret,
As I parted his hair,
It wounded my neck
With its gentle hand,
Suspending all my senses.

I abandoned and forgot myself,
Laying my face on my Beloved;
All things ceased; I went out from myself,
Leaving my cares
Forgotten among the lilies.